pSTAKE Team
0
0
0
What is the current state of PoS? Let’s dive deep into the present in part 2 of our article series before we explore the future in part 3.
Total
0
Shares
0
0
0

Our previous article of this series discussed the rise of Proof-of-Stake (PoS) networks like Cosmos and Persistence. We briefly touched on Ethereum’s intent to transition fully to PoS instead of the PoW consensus mechanism DeFi’s dominant chain now relies upon and how that monumental shift has accelerated interest in PoS networks.

As the winner of our recent writing contest, Dan Pavel Sinkovicz, pointed out, Ethereum’s Merge will affect not only Ethereum, but the entire cryptocurrency market along with it. So why is that?

We know from part 1 of this article series that initial attitudes towards the transition away from PoW were mixed. Early Bitcoiners were concerned about PoS’ safety, equity, and decentralization; however, those with an eye toward the future immediately saw why a PoS model would be advantageous. Although crypto enthusiasts continue to debate the merits of PoS vs. PoW, many who doubted PoS early on have come around to see its utility.

In late 2019, even Eric Wall – one of the world’s foremost authorities on consensus algorithms and a former Bitcoin maximalist who recently said that he still prefers PoW over PoS – had to concede that “Proof-of-Stake is less wasteful.” Flash forward a couple of years to 2021 when the Ethereum Foundation formally announced its intent to transition to PoS by the end of the year. One month later, billionaire Elon Musk tweeted that Tesla would suspend vehicle purchases made in bitcoin due to concerns about its environmental impact. While Musk’s commentary (and bitcoin’s subsequent drop in market dominance) enraged many Bitcoin aficionados, it also gave PoS networks that were already focused on sustainability the opportunity to shine, and shine they did!

In the weeks that followed Musk’s public criticism of Bitcoin, many (eco-efficient) PoS cryptocurrencies surged in value, but their price increase reflected more than mere purchasing power. It reflected a changing tide in the public’s perception of what cryptocurrency is and how it should operate.

The gradual change in opinion about PoS illustrates thought leaders’ influence. To put it simply: over time, people changed their minds because those who they looked up to said they should. In cryptocurrency, when people like Eric Wall and Vitalik Buterin speak, others listen, and when mainstream celebs like Elon Musk (who didn’t even vocalize his support for Bitcoin let alone cryptocurrencies until very recently) voice their opinions, the world (and market) reacts.

Ethereum’s full PoS system launch may be taking longer than initially anticipated, but ETH 2.0 is coming. The network’s supporters have already deposited nearly $40 billion (>8 million ETH) to secure the blockchain. What’s more, while Ethereum is the most well-known name in DeFi, it’s far from the only PoS network. In fact, there are now more than 250 of them with juggernaut ETH-alternatives like Solana, Polygon, and Cosmos – upon which both Persistence and pSTAKE are built.

Together, the cumulative market cap of PoS networks is rapidly approaching $500 billion. That nearly half trillion dollars comes from over 3 million stakers who have staked $371,182,344,600 (as of December 1, 2021) and are earning a benchmark average of just over 10% annually. The nearly $110 billion difference between PoS’s market cap and assets that are staked demonstrates how widespread investors’ reluctance to temporarily illiquify their assets is.

Why take the risk that your staked assets could lose value in the 21-days (on average) that it would take to unbond them for a 10% return when the overarching DeFi ecosystem routinely offers yields in excess of 100% APR? Of course, many PoS asset holders are motivated by the prospect of helping to secure the network via staking, but history has repeatedly shown that humans are a survivalist species.

In the 21st century, one’s wealth and the likelihood of long-term survival are intimately related. Put simply, when people are forced to choose between helping to secure the PoS networks they operate on and the potential to generate life-changing wealth, many choose the latter. This could result in serious consequences for PoS systems that rely on validators staking to secure their networks. Naturally, this was among early Bitcoin proponents’ strongest criticisms of PoS.

The short answer is yes… and no. Early in crypto’s move towards PoS, observers would have had no way of knowing that a solution for the dilemma that humans’ survival/greed instinct presents would naturally evolve, but it did!

Liquid staking solutions that enable PoS holders to simultaneously participate in both staking and DeFi have recently emerged. Solutions like pSTAKE make it so that token holders no longer have to choose between helping to secure their favorite network(s) and crypto-asset gains that could potentially change their lives.

PoS has solidified its presence in crypto by offering a more robust solution. Now, liquid staking protocols, such as pSTAKE, are enabling PoS to involve by empowering PoS token holders greater freedom, flexibility and opportunities. In fact, pSTAKE is already disrupting PoS today by allowing users to stake their ATOM (Cosmos) or XPRT (Persistence) tokens to secure the networks while participating in DeFi to generate additional yield.

As for the future…

No one knows exactly what the future holds, but one thing we can be sure of is that liquid staking (and we believe pSTAKE in particular) is a critical component in PoS’ evolution. That will be the topic of the third and final installation of this series. 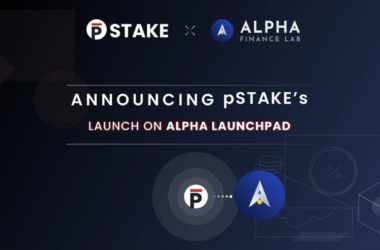 Community member Dan Pavel Sinkovicz covers the advantages of liquid staking and why it's poised to play a pivotal role in the future of PoS.