At pSTAKE, we’ve seen a lot of exciting developments in the last couple of months. Today, we’re excited to announce that we’ll soon be rewarding the Persistence community for their continued support and trust.

To learn more about $PSTAKE, please check out our ‘Introducing $PSTAKE blog’.

The $PSTAKE airdrop is designed to foster the growth of the Persistence ecosystem by incentivising XPRT holders and stakers through a retroactive snapshot based airdrop.

The airdrop will also provide the community with indirect exposure to the liquid staked assets on pSTAKE via fee sharing — one of the multiple asset classes within the Persistence ecosystem.

This is the first step towards delivering on the promise of XPRT’s evolution into a work token and bringing additional value to XPRT holders and stakers in direct correlation to the value captured by the projects in the Persistence ecosystem.

In addition to XPRT holders and stakers, pSTAKE’s early beta users will also be rewarded with the airdrop. Since the Beta launch, we’ve already seen an organic growth of the protocol with TVL rising over $2.5 million, thanks to the application’s early supporters.

XPRT stakedrop participants for the Cosmos Hub, ATOM holders and stakers have been some of the earliest supporters of the Persistence ecosystem and have thus been allocated $PSTAKE tokens.

In order to encourage the adoption of stkTOKENs in the Ethereum Ecosystem, certain DeFi blue-chip token holders have also been allocated $PSTAKE retroactive airdrops.

We’ve strategically chosen certain protocols to expand pSTAKE’s outreach to promising DeFi users, with a long term vision of forging partnerships with these ecosystems. Details around which DeFi protocol token holders would receive $PSTAKE airdrops will be revealed at a later date.

Please note that all the snapshots have been taken for 1200 HRS UTC on 2nd September, 2021.

We will share additional details about the token economics, airdrop allocation, and claim mechanism very soon. 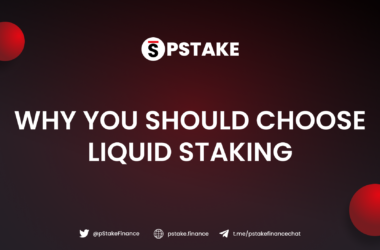 Learn about the importance of liquid staking for PoS & DeFi and how pSTAKE has risen to become the most prominent liquid staking solution for Cosmos' $ATOM and Persistence's $XPRT. Our validator selection & delegation mechanism will not only contribute to a more secure Cosmos Hub, but will also ensure an optimal $ATOM liquid staking experience.