The highly-anticipated Ethereum 2.0 upgrade, which will see the network switch from a PoW (Proof of Work) to PoS (Proof of Stake) consensus mechanism, lies just on the horizon. Just last month in March, the Ethereum Foundation announced plans for this transition to take place sometime in Q3 2022(tentative), shifting the timeline from an originally communicated Q2 2022.

Find out more about what this means for the space and how pSTAKE is moving forward implementing ETH liquid staking.

Ethereum 2.0: Why it Matters

The transition from Ethereum 1.0 to 2.0 (otherwise known as “The Merge”) is expected to have a major impact on the entire cryptocurrency space, bringing more scalability and efficiency to the largest smart contract platform by market cap.

The move to PoS consensus is now setting the stage for the next phase in Ethereum’s life cycle. Greater scalability, security, and efficiency are anticipated to result from the upgrade, all of which are poised to encourage further utility and drive the adoption of not only the Ethereum network and ETH but also ETH liquid staking.

In terms of plans and timing, the Ethereum Foundation is taking a three-pronged approach:

As previously noted, the next addition to pSTAKE’s liquid staking ecosystem will be stkETH, the liquid staked representation of ETH. This means that ETH holders will be able to stake their tokens via pSTAKE in order to earn staking rewards whilst being issued stkETH.

Once a user acquires stkETH in their wallet, these tokens can then be used to pursue other DeFi opportunities across the Ethereum ecosystem, such as Liquidity pools, borrowing-lending use cases, and much more.

Moreover, the emergence of stkETH gives ETH stakers an added benefit of instant access to liquidity and an enhancement of the native token’s utility.

This implementation will mark the achievement of the pSTAKE liquid staked asset trifecta: stkATOM, stkXPRT and soon to be stkETH. Our team is also currently developing and implementing other stkASSETs, such as stkSOL and stkAVAX, which are expected to be fully deployed in Q2 itself.

We recently deployed and have been continuously running a stkETH public testnet, allowing users and node operators to dive in headfirst and stress-test the network to ensure proper functionality prior to mainnet launch.

To participate, users are required to stake any non-zero amount of ETH on the pSTAKE stkETH testnet and mint stkETH.

Users can also become an LP (liquidity provider) on testnet by depositing liquidity into the stkETH/PSTAKE Uniswap pool. For more details on the process and the various user case scenarios for minting stkETH from ETH, please refer to our official user guide.

The stkETH testnet is still live – if you are interested in testing out the platform, please navigate to the pSTAKE testnet app and follow the instructions here.

We are almost ready to launch our mainnet and will share details surrounding this with the community. 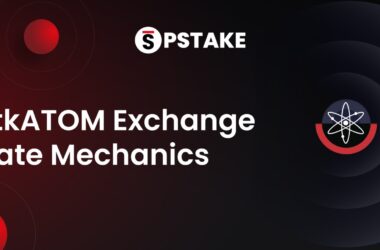 Learn more about the underlying mechanics that drive the stkATOM exchange rate model with ATOM when liquid staking on pSTAKE. This exclusive reports covers everything you need to know about BNB staking across the BNB Chain ecosystem, including liquid staking protocols supporting liquid-staked BNB assets.