Liquid staking is one of the most popular ways to earn passive yield in crypto. Staking works by allowing stakers to delegate staking coins to support a blockchain network and earn staking rewards in return. The process is mostly automated, easy to do, convenient, and secure.

Cosmos is undoubtedly a very popular blockchain network in the crypto community. It has gained amazing traction since its inception and is supported by many in the ecosystem. The underpinning coin of the Cosmos Hub is the ATOM token. One interesting feature of the ATOM token that is liked by many Cosmos users is the great staking rewards it offers. Staking ATOM ensures you earn staking rewards in two primary ways: transaction fees and through newly created ATOM tokens.

Cosmos Hub offers a high APY on ATOM staking. The official Cosmos website indicates a current APY of 9.7%, which is high in comparison to what an individual can earn in the traditional financial realm or on many other popular blockchain networks. Additionally, several staking pools are offering high APRs for staking, and ATOM stakers are taking huge advantage of that to earn more. pSTAKE, for instance, provides an APR of 13.5% (at the time of writing) to ATOM stakers.

ATOM is a coin that has garnered great support within the crypto space. Listed on several popular exchanges, supported by prominent crypto influencers, and widely distributed among tens of thousands of community members, ATOM is widely known and largely staked.

Liquid staking ATOM does not end with these benefits of earning great staking rewards. Users express their support for the Cosmos Hub and also get to participate in decision making activities surrounding Cosmos, as they can use the token as a form of governance. Most importantly, liquid staking coins like ATOM gives people the chance to participate in the DeFi ecosystem with their stkATOM representative token, widening their earning potential.

XPRT, the main token of the Persistence Network, is also an option for crypto investors interested in liquid staking. Persistence is a layer-1 network that powers an ecosystem of DeFi products and it is aimed at unlocking the liquidity of staked assets. Staking can be executed in several places, including the Persistence native wallet and other popular pools. XPRT stakers delegate their tokens to the network validators to support the chain and validate transactions. In return, delegators earn lucrative staking rewards in XPRT.

XPRT has one of the highest APYs in the crypto ecosystem. The staking reward APY for XPRT stakers currently stand at 35%. This is high relative to industry standards and a potentially promising venture for anyone looking for good ways to make their money work for them. Other staking pools have varying APRs for stakers, with some being very high and impressive.

The liquid staking benefits of XPRT, through which individuals get representative stkXPRT, are indeed lucrative. Users have the chance to utilize the representative tokens by participating DeFi. This boosts the staking rewards they get and increases their earnings. Currently, liquid stakers of XPRT who get stkXPRT use the latter to provide liquidity to the stkXPRT/ETH pool on SushiSwap, and in return receive rewards and incentives. This is in addition to the usual staking rewards they continue to earn with their original XPRT stakes.

Ethereum stakers receive rewards through the minting of new ETH and also a proportionate share of daily network rewards collected from transaction fees. With the ongoing plans of merging with PoS (which has been indicated to be more than 80% complete), ETH 2 staking became another popular means to earn ETH. Many investors have delegated millions of ETH to a plethora of staking platforms.

As a liquid staking coin, ETH also has many other considerable benefits. Liquid staking ETH allows stakers to earn their usual staking rewards and also mint the representative stkETH tokens, which allows them to earn even more yield. Ethereum is a pioneer of DeFi and it gives crypto enthusiasts access to various DeFi services, games, and other decentralized applications.

Crypto enthusiasts have found liquid staking coins to be strong and promising assets to earn staking rewards in the crypto space. Users delegate their tokens, support the respective crypto network, and then earn periodically earn rewards from them. Liquid staking then maximizes this earning potential through the representative tokens they receive which they use to participate in DeFi.

ATOM, XPRT, and ETH are all very popular liquid staking coins with decent staking rewards, so it comes down to individual preference when choosing between these three. Although ETH may seem like it has lower staking rewards relative to the other two, it’s important to keep in mind that ETH is one of the most popular tokens in the space and has far more recognition compared to the other two tokens mentioned.

pSTAKE is a staking platform that provides liquid staking options for all three: ATOM, XPRT, and ETH – all in one place. Users can conveniently stake any of these liquid staking coins on pSTAKE and get representative tokens which they can use in DeFi.

Why Liquid Staking is a Game-Changer for BNB 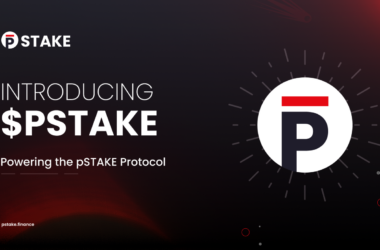 Find all the necessary information and resources required to begin your liquid staking journey with pSTAKE.